The Terracotta Army (Chinese: 兵马俑; literally: “Soldier-and-horse funerary statues”) is a collection of terracotta sculptures depicting the armies of Qin Shi Huang, the first Emperor of China. It is a form of funerary art buried with the emperor in 210–209 BCE and whose purpose was to protect the emperor in his afterlife.
see our tour visiting Terracotta Warriors
Beijing-Xi’an Rail Tour Package, from $279
In 1974, farmers digging a well in a field approximately 20 miles east of the city of Xi’an struck on  a life-size clay soldier. The diggers notified Chinese authorities who dispatched the archaeologists to the site. Not one, but 6000 terracotta warriors, each with unique facial expression and positioned according to the rank, was discovered in the pit. 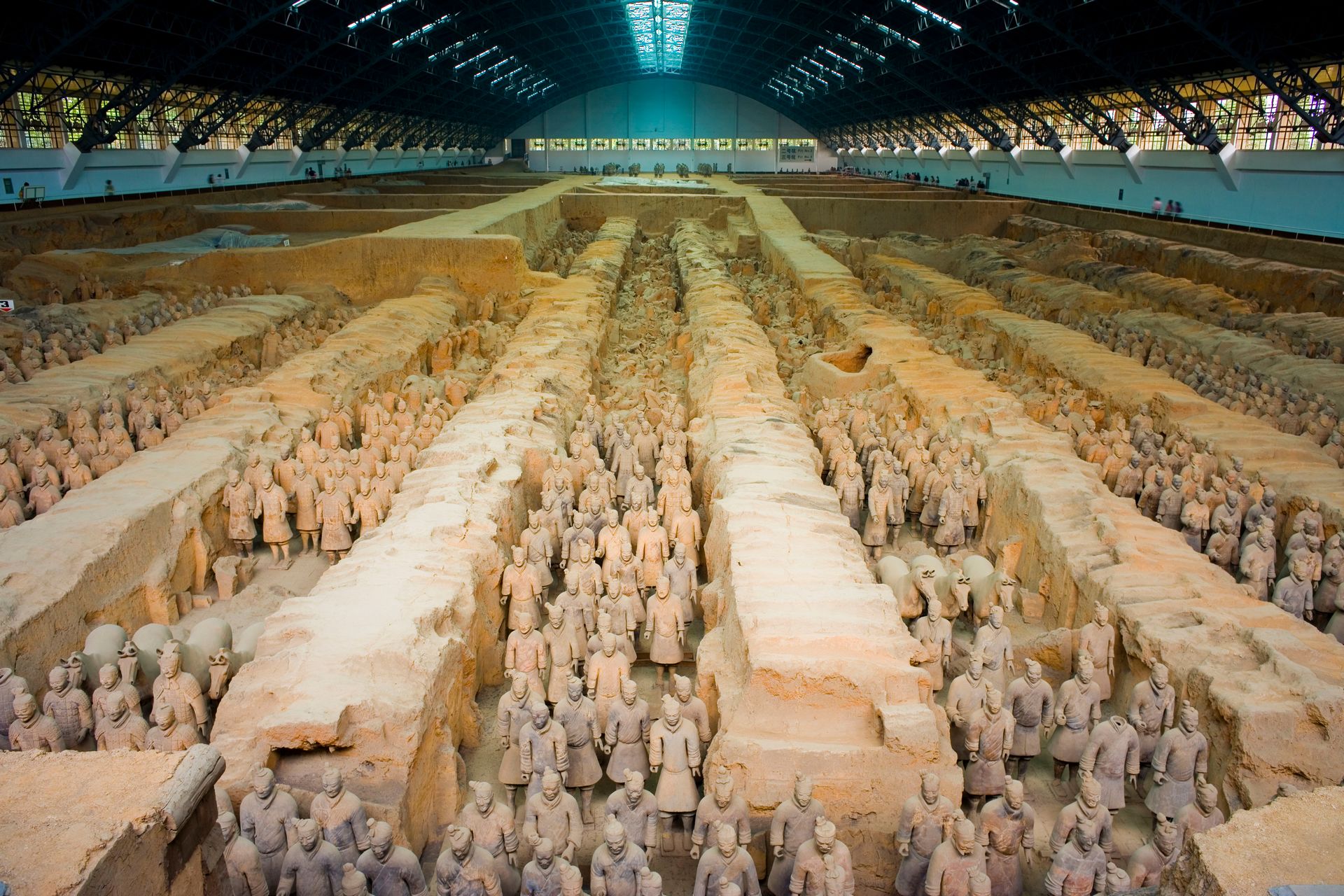 When the emperor was buried more than 2,000 years ago, the warriors were brightly painted. Archaeologists are surprised that so much of the color has survived on the figures they’ve just uncovered. The general is one of the few figures unearthed with enough traces of paint for experts to determine almost all of its original colors. Showing the massive army deployed in the main pit, this digital recreation is based on the evidence found sou far, including the figures’ poses, fragments of paint, and the bronze blades of weapons. These terracotta troops represent Qin Shi Huang’s main army, which he sent out from his home state to conquer his warring neighbors and create a unified empire.